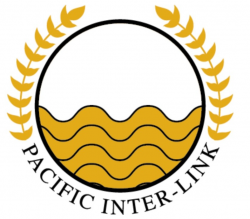 Pacific Inter-Link (PIL) was incorporated in 1988 in Kuala Lumpur to promote the export of various commodities and services from Asia to the global markets. Envisioning the potential of Asia as an economic powerhouse, PIL rapidly grew to become one of the leading export houses in Malaysia.

The PIL group is actively engaged in a diverse range of activities such as manufacturing, refining, trading, tank terminal, marketing of consumer Products and shipping services. Being a focused, well-directed and far-sighted organization, the PIL group strongly believes in long-term strategic planning, while at the same time ensuring flexibility to serve customer needs. We are confident that these dynamic business principles will continue to spur us towards a great future.

In terms of the core verticals, PIL operations can be divided into Palm products and branded consumer goods businesses. Over the years PIL has systematically invested to transform its Palm products business into a well-integrated operation with own storage, refining, manufacturing and terminal facilities PIL operations in the South East Asia are well spread across Malaysia and Indonesia. The downstream business from the palm refining has taken shape in the form of the largest production line of soaps in this part in the region in Oleochem & Soap Industries, Medan, Indonesia. The completely integrated state-of-the-art palm oil refining and packaging facility in Indonesia can easily be one of the largest such units in this part of the world. Aside PIL group owns and operates one of the largest private tank terminals in Southern tip of Malaysia which is one of the busiest shipping routes in Asia. Today PIL alone employs more than 4000 employees across this region. PIL also works with well-reputed third-party manufacturers for sourcing its products across various locations around the globe.