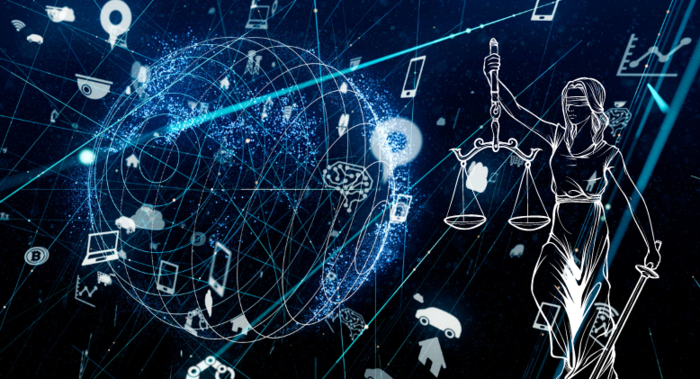 As one would know, the laws of a nation are established to maintain a safe, functioning, orderly society. However, not all law is set in stone forever. Such is the case with Malaysia, especially while having seen advancements in the areas of technology, communications, and media in the past two decades. With evolution and advancement, comes a fair share of challenges and threats. Hence, new laws are always developed, amended, and established to keep up with the times. Below is a list of cyber laws you need to know as an active participant of a tech-savvy society.

The Computer Crimes Act 1997 (effective as of 1st June 2000) is a law which was enacted against offences related to the misuse of computers. The Act deals with unauthorised access to computer material, unauthorised access with intent to commit other offences, and unauthorised modification of computer contents, among others. Introduced by Tan Sri Datuk Amar (Dr.) Leo Moggie anak Irok (the Minister of Energy, Telecommunications and Posts at the time) on 25 March 1997, and passed on 30 April 1997, this law has since been invoked in cases such as Toh See Wei v Teddric Jon Mohr & Anor [2017] 11 MLJ 67 where the plaintiff charged the defendant for hacking and procuring his emails.

Introduced by the then Deputy Minister of Energy, Telecommunications and Posts, Chan Kong Choy on 13 July 1998 and made effective as of 1 April 1999, the Communications and Multimedia Act 1998 was enacted  to provide a regulatory framework for the convergence of the telecommunications, broadcasting and computing industries. Some of the regulations under this Act entails installation and access to network facilities, offences and penalties such as fraudulent and improper use of network facilities, economic and technical regulations, powers and procedures of the Malaysian Communications and Multimedia Commision, and more. One case where this Act was invoked was in the case of activist Fahmi Rehza by the Sessions Court in Ipoh on 20 February 2018 when he posted an illustration of former Prime Minister Najib Razak as a clown on his Facebook account.

Introduced by the then Minister of Energy, Telecommunications and Posts Tan Sri Datuk Amar (Dr.) Leo Moggie anak Irok on 5 May 1997 and made effective as of 1 October 1998, the Digital Signature Act 1997 is an enabling law that allows the development of e-commerce by providing an avenue for secure online transactions through the use of digital signatures. The Act serves to provide a framework for licensing and regulating Certification Authorities, and gives legal recognition to digital signatures.

The Copyright (Amendment) Act 1997 came into force on 1 April 1998, and is an act which amended the Copyright Act 1987. The amended Act served to make unauthorised distribution of copyrighted material over the Internet an infringement of copyright. Under this Act, it is also considered infringement of copyright if one attempts to override technological measures which restrict access to copyrighted works. This amended Act serves to ensure sufficient protection of intellectual property rights for companies involved in ICT and multimedia content creation.

The Telemedicine Act 1997 was introduced by M. Mahalingam, the then Parliamentary Secretary to the Minister of Health on 10 April 1997, which was passed on 7 May 1997, and commenced on 30 June 1997. In short, the Act provides a framework to enable licensed medical practitioners to practice medicine using audio, visual, and data communications.

Although this Act itself is not wholly a cyber law, particular sections of it relates to the use of media and cyberspace. The Sexual Offences Against Children Act 2017 is an Act to provide for sexual offences against children and their punishment, and in relation to it administer justice for children and connected matters. This Act came into full force on 10 July 2017, and entails offences such as child pornography (charges which are also acquitable under the Communications and Multimedia Act 1998) and child sexual grooming via communication. Cases where this law is invoked are multiple and especially recent.

In conclusion, there is no denying that law is not left out of the equation when it comes to society’s advancement. When new advancements arrive, laws evolve to accommodate them so as to ensure users’ safety and integrity. Rest assured, as time changes, laws will too, ensuring new opportunities for those intending to pursue law careers which involve cyberspace.