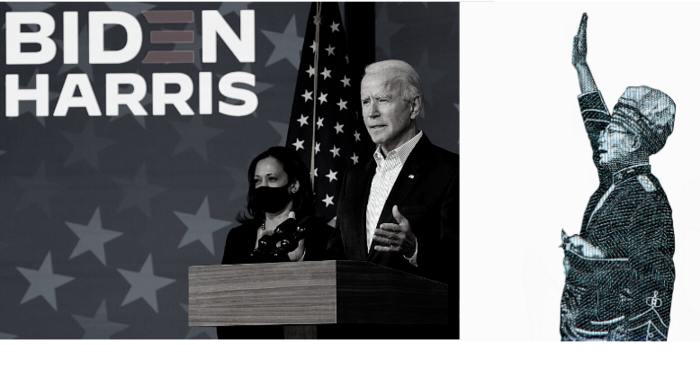 Whoever said a law degree only opened up pathways to legal careers was severely mistaken. This myth is especially debunked by the large numbers of lawyers who eventually became leaders of nations.

Newly elected President Joe Biden and Vice-President Kamala Harris are perfect examples. The American leaders are both law degree holders and had even pursued legal careers before turning to politics.

President Biden graduated with a law degree from Syracuse University in New York. He returned to Delaware and began his career as an attorney. During his time in the Senate, Biden chaired the Senate Judiciary Committee from 1987 to 1995, dealing with drug policy, crime prevention, and civil liberties issues.
He led the effort to pass the Violent Crime Control and Law Enforcement Act and the Violence Against Women Act. He also oversaw six US Supreme Court confirmation hearings.

It is without a doubt that Biden’s legal background helped him in understanding and upholding the rule of law. He was fundamental in the passing of several vital pieces of legislation and was able, throughout his political career, to rely on his understanding of the law when making important policy decisions.

Harris was then elected as attorney-general of California where she displayed political independence in her decision-making, refusing to succumb to pressure from the administration. During her career as a Senator, she also served on the Judiciary Committee.

The Vice-President’s background in law allowed her to galvanise the legal machinery of America. Harris’ contributions as a prosecutor earned her the validation required to further her political career.

The American electorate’s trust in politicians with a legal background is apparent – over half of the US’ 46 presidents had studied law. From Abraham Lincoln to Franklin Roosevelt to Barack Obama (whose wife, Michelle, had also worked as an attorney), it is clear that obtaining a law degree had been a fundamental building block to their future presidential terms.

Lawyers turned leaders is not an uncommon phenomenon. With great minds such as Mahatma Gandhi, Lee Kuan Yew and Nelson Mandela joining the ranks, it is no coincidence that they were all law degree holders.

This phenomenon is apparent even in the context of Malaysia. Our founding fathers – Tunku Abdul Rahman, Tun Haji Abdul Razak and Tun Hussein Onn – had all been lawyers. Their legal backgrounds had allowed them to shape the foundations of our country. In particular, Bapa Kemerdekaan, Tunku Abdul Rahman, is known as the architect of Malayan independence and the formation of Malaysia.

Pursuant to reading law, these leaders worked at the intersection of legislative functions, policy making and socioeconomic conditioning thus providing them with an array of experiences. This indicates the versatility of a law degree.

By teaching important concepts such as the rule of law and equitable principles, along with cultivating critical thinking, law school prepares you to serve the public in more ways than just one. Diplomacy and public speaking skills can be built upon the years of advocacy experiences gained from a few years of legal practice.

Malaysian law students have already begun venturing into politics, utilising their degree knowledge when working with Members of Parliament.

Reading law opens your path up to a multitude of career options. The US is currently led by not one, but two lawyers and the future of America is looking pretty great in their hands.

Leaders like Biden-Harris have proven to us time and time again that legal experiences contribute greatly to a number of different career paths, even if that trajectory is to run for President.