How Laws Are Made in Malaysia (that everyone needs to know!) 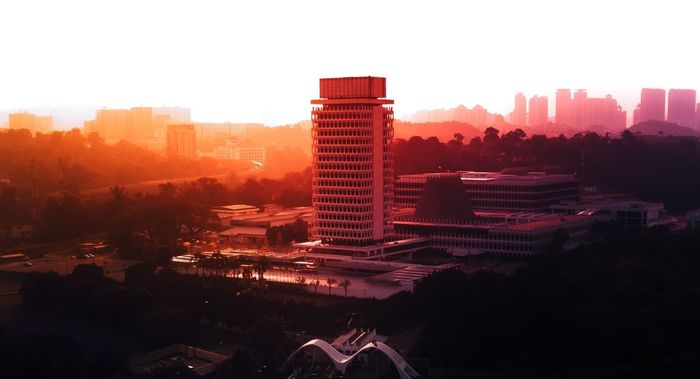 We all know that the purpose of laws is to establish and maintain order as well as regulate a country. What more in Malaysia, where we see laws implemented and enforced whether on a Federal level (known as Acts) or State level (known as Enactments or Ordinances). However, laws are not always set in stone as they can get amended or repealed, while new laws can be introduced. How many of us Malaysian citizens know how laws get made in this country? Let’s take a look at how laws get made.

Introduction of a Bill

For a law to be established - or in official terms, “gazetted” - it needs to first be introduced as a bill, debated, and approved on all levels of Parliament and receive royal assent by His Majesty the Yang di-Pertuan Agong (YDPA). A bill is a newly-proposed law which is yet to be officially recognised as a law which needs to undergo the whole parliamentary process. There are three types of bills namely a Private Bill initiated by a private citizen or NGO, a Hybrid Bill introduced by either Ministers or private individuals which affects the rights or interests of particular groups in society, and a Public Bill introduced solely by Ministers relating to matters of government policy which has a general application throughout the nation. The Public Bill is the most common type of bill. In the pre-parliamentary stage, the bill is first drafted in a written proposal. With approval by the Cabinet, the proposal is then sent to Parliament to be introduced in the first reading with its short title read by the proposing minister, called the “sponsor”. This is either done in the House of Representatives (Dewan Rakyat) or House of Senate (Dewan Negara). A date is then set for a second reading of the proposed bill via the sponsor’s oral notice.

Once the bill passes the second reading, it goes into the committee stage. At this stage, representatives will group themselves into several committees to discuss the bill’s details in a more formal procedure. While amendments to the bill can be proposed, the representatives are not allowed to discuss details which have already been covered in the second reading. Following the committee stage, the sponsor will announce to the House on the bill’s consideration and acceptance by the committee with or without amendments. Members of Parliament may reject or amend the bill. If the House decides that the bill is suited, members will vote by ballot. If there are no votes in objection to the bill, it then moves on to the third reading.

During the third reading, the bill will be further debated and amendments made to the bill are only on errors in spelling and syntax. The sponsor then moves a motion that the bill will be read a third time and passed. A vote will be taken and if the motion is passed, the bill is sent to the other House - for instance, if the bill is passed in the Dewan Rakyat, the bill will be sent to Dewan Negara for further review following a similar procedure of three readings.

After the bill is approved by both Houses, the bill is then presented to the Yang di-Pertuan Agong (YDPA) to give his Royal Assent. Once the YDPA’s Royal Assent is given, the bill officially becomes a law which will be published in the Gazette. If the bill is not assented to within a specified timeframe, the bill still becomes law as though assented to by the YDPA. The newly established law only comes into full force either immediately after being gazetted, or at a later intended date set by the Cabinet.

In a nutshell, laws are made in Malaysia under much debate, process, and scrutiny on all sides and levels of Parliament. Although human beings are not perfect, we have been granted the intelligence, capacity, and system to create laws to the best we are able to in order to achieve an overall functioning democratic society. Yet, it is precisely that we are human that we need the systems of the Parliament in place so that relevant changes can be made to benefit our ever-evolving society and uphold the people’s democratic rights. The more you know!