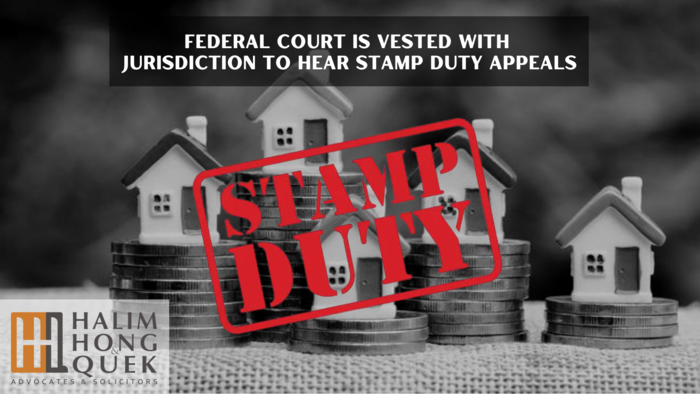 Federal Court in Pemungut Duti Setem v Lee Koy Eng & Another Appeal [2022] 6 MLRA 209 had dismissed the Taxpayer’s motion in setting aside the leave granted by the Federal Court for the reason of lack of jurisdiction and held that, amongst others, Federal Court is vested with jurisdiction to hear stamp duty appeals.

The brief facts of the case are as follows:

This is a landmark case which addressed the jurisdictional issue of Federal Court in hearing stamp duty appeal. Before this landmark case, one may construe first round of ‘appeal’ by way of notice of objection filed to the Collector is the ‘first-round of appeal’ and thus the right of appeal exhausted at the level of Court of Appeal.

This case made it very clear that there is a difference between the Case Stated issued by the SCIT and the Collector where the former is an appeal proper (as SCIT prepared the same after a full trial was conducted) and the latter is a product of statute (where the High Court only need to answer the questions posted in its original jurisdiction).

Taxpayers are advised to revisit their stamp duty appeal as the right of appeal only exhausted at the level of Federal Court and not the Court of Appeal.