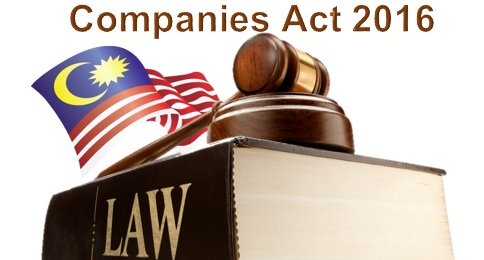 We sat down and had a chat with Lee Shih, a lawyer and author of the best-selling ‘Companies Act 2016: The New Dynamics of Company Law in Malaysia.’

Motivations behind the new Companies Act

According to Lee Shih, some of the main motivations were to roll out new laws to make Malaysia more business-friendly in the region.

“The new laws are also intended to strengthen corporate governance, and ensure the interests of directors, shareholders and creditors are protected,” Lee said. “Our previous Companies Act 1965 had only seen piecemeal amendments and the new Companies Act 2016 was meant to be a complete revamp of our legal framework.”

Fundamental changes under the new regime

We now have an easier method of incorporation of companies, says the Co-Founder of legal blog, The Malaysian Lawyer. The new law allows for a private limited company to have a single shareholder and single director. This should make it more attractive for sole proprietors and businessmen to incorporate a company.

We also see a more streamlined process of running the company. A private limited company will no longer need to hold an AGM. A lot of the decisions to be made by the shareholders can just be done on paper, through the written resolution procedure. There is no need to hold a physical meeting.

And.. Here’s what business owners can do to now to adapt to these changes in the law

Lee told us that a lot of companies are now reviewing their existing Memorandum and Articles of Association (M&A). They then have to decide whether there is a need to amend their M&A in case of any conflict with the Companies Act 2016.

“Your M&A is almost like a rule book, spelling out the type of business your company can carry out, and sets out the rules, regulations and procedures for your own internal decision-making process,” says the corporate lawyer. For example, how the directors meet and decide on matters, or how shareholders are to hold a meeting and how they can vote. All companies incorporated under the previous Companies Act 1965 would have a M&A.

“Under the new regime however, the Companies Act 2016 aims to be the default rule book.” It now has the A-Z of all the rules and regulations for the running of a company. But if you want to opt out of some of these default rules, a company must then adopt a constitution. This constitution now replaces the M&A. So existing businesses will want to have clarity on whether their M&A or constitution has effectively opted out of the default position under the Companies Act 2016. These companies will have to amend their M&A or to adopt a new constitution.

What about startups and SMEs?
Lee says that the new Act will make it easier to incorporate a company. Startups will find it more attractive to incorporate a company to carry out its business. This is in contrast with merely running their business as a sole proprietor or as a partnership, which would attract the risk of personal liability on the individuals. A company offers the benefit of limited liability and is now coupled with easier incorporation and lower costs of compliance.

Moving ahead for private limited companies, the costs of complying with the new Act should be lower.

The best-selling author also added that, “I am seeing an increase in compliance costs during this period of transitioning to the new Act. All companies, whether SMEs or public-listed companies, are trying to navigate through the new requirements and also having to adapt to some of the uncertainties in the new laws.” For example, some companies are uncertain in terms of the requirements for the preparation of their audited accounts as we transition over to the new Act. Should they comply with the old Act for their last financial year or should they comply with the new Act? These uncertainties would require professional advice.

#2 Directors have to be prepared to be more accountable and transparent. The directors' fees and benefits payable are now subject to shareholder approval. For public companies, the service contracts of the directors are also subject to inspection by the shareholders.

#4 Directors are advised  to make use of the wider indemnity and insurance provisions under the new Act (directors and officers (D&O) insurance).

“This strengthening of rights can also be seen through the shareholders having greater say in the fees and benefits paid to the directors,” Lee added. “The approval of the shareholders is now required.”

“Our new Act has adopted many of the international best practices. We can see that our law has adopted provisions and concepts from the UK, Australia, New Zealand and Singapore,” says Lee.


Some parting thoughts to young lawyers

Commenting on the overwhelming response of the book so far, Lee finds it to be a humbling one.  Practitioners, whether they are lawyers, accountants, or company secretaries find it a useful source in their professional arena.

“I look forward to seeing how the new law is interpreted and continues to develop. New best practices will be developed,” says Lee.

As to advice to young lawyers who are thinking of making a mark in their preferred industry, the act of reading and compiling knowledge, even from the early days of practicing carer, is the first step to take.

What got Lee started was when he first tremendous interest in the corporate law reform process. He then began to read up on the developments and cases in other jurisdictions. The initial draft consultation copy of the Companies Bill sparked his journey on becoming a writer. The Q&A sessions during the seminars gave him a clearer view as to how the changes might impact the industry.
That led to more research and more reading. All of that experience was distilled into the eventual writing process.

By CanLaw, a BAC affiliate company