3 Things You Learn When Your Manager's Younger Than You 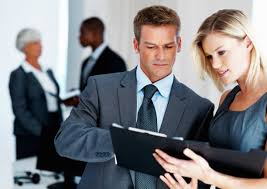 3 Things You Learn When Your Manager's Younger Than You

When I was a kid, my favorite movies led me to believe my boss would always be decades older than me. I thought she’d have her own office with a humongous desk and a hand-painted portrait of herself hanging on the wall. And to be honest, that was pretty much what happened in my first few jobs.

But then, in the role I’m now, I was hired by someone who’s not only closer in age to me, but also younger than me. And tell you what, I went into the experience with a few misconceptions about what it would be like.

Turns out they were all wrong. Here’s the reality:

My boss is an expert at what we both do. No questions about it. As soon as I started reporting to her, it became clear that I would learn a lot.

While it can be humbling to know someone who hasn’t been alive as long as you is so much more accomplished, it can also be motivating. If she can learn this much, this fast, then it means you can, too.

2. There Will Still Be a Learning Curve

With that said, it doesn’t mean she’s done learning. Even if she’s younger than you, you’ve likely been working longer. And that means that you’ve picked up some incredibly valuable soft skills along the way.

Maybe you have relationships with other teams that your boss doesn’t have. Or maybe you picked up some industry knowledge in previous jobs that your manager has never been exposed to.

No matter what that thing is for you, it’s your job to figure out how you can leverage your additional work experience to support your manager. And when you do, don’t share your knowledge with the end game of getting ahead. When you step up to help her keep learning as much as she’s helping you grow, the promotions will come.

3. You Might Have to Remind People at Your Company That She’s Your Boss

The unfortunate truth about having a younger manager is that your co-workers will probably assume that someone else is your boss. When a colleague on another team asks you for a favor, it might not cross their mind to include your supervisor on an email.

That’s where you come in. Want to make life easier for you and your boss? Be the person who’s always reminding everyone who’s in charge (when it’s applicable, of course).

For a long time, I assumed people would catch on—and yet, I seemed to constantly catch them off guard when I mentioned that I had to run it by my manager.

It’s not the easiest thing to say, “Hey, I’m flattered you reached out to me, but you should probably include my boss on this as well.” But it’s worth it to find a way to say it if you want to avoid miscommunication or confusion down the road.

Because as tempting as it might be to start making decisions without her, you’ll ultimately do more harm than good. Plus, you’d be a complete jerk for letting everyone believe you’re making the decisions.

As you may’ve picked up, there aren’t really that many differences between an older boss or a younger one. And while countless people in world history have uttered the words “Age is only a number,” I can’t think of a truer cliché.

Source: https://www.themuse.com/advice/3 Things You Learn When Your Manager's Younger Than You